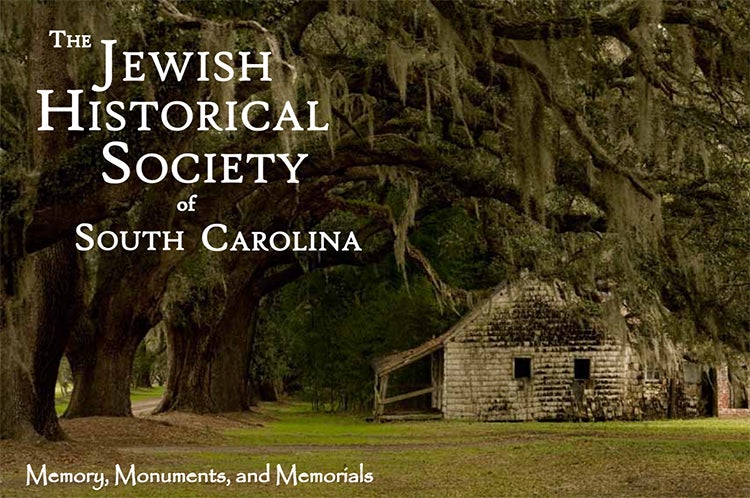 Monuments, memorials, and historical memory have been much in the news over the last year. In Charlottesville in August 2017, white supremacists rallied to oppose the removal of a statue of Robert E. Lee. The tiki-torch-brandishing crowd paraded through the city chanting, “You will not replace us; Jews will not replace us.” These slogans chillingly alerted Jews and African Americans alike that neo-Nazi ideology is once again targeting anyone not considered “white.”

With their common histories of racial victimization, Jews and African Americans share an urgent need to confront this resurgence. Join the JHSSC as we partner with The College of Charleston’s Program in the Carolina Lowcountry and Atlantic World (CLAW), African American Studies Program, and the Charleston branch of the Association for the Study of African American Life & History for the spring conference in Charleston focused on the history of minority exclusion and white supremacy in South Carolina, the monuments that enshrine public memory, and the ethics of cultural tourism.