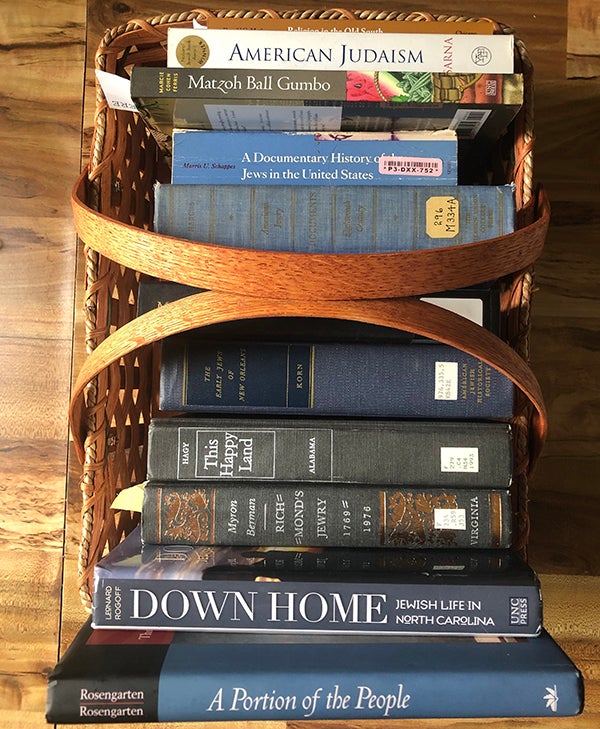 Works of history tell us not only about the past but about the concerns of the times and places in which they were written. In 1976, Eli Evans published The Provincials: A Personal History of Jews in the South, a combination of personal narrative, travel journalism, and history that by most accounts inaugurated public awareness of southern Jews as a historical fact and a field of inquiry.

In 2020, Dr. Shari Rabin is writing a new survey of Jews, race, and religion in the American South from the seventeenth century to the present day. In this conversation with Dr. Adam Domby, she will reflect on how recent scholarship and current events have shaped her approach to writing a new account of southern Jewish history.

Shari Rabin is assistant professor of Jewish studies and religion at Oberlin College. She is the author of the award-winning Jews on the Frontier: Religion and Mobility in Nineteenth-century America (NYU Press, 2017). She taught at the College of Charleston from 2015 to 2019 and is currently writing a history of Jews, religion, and race in the American South from the seventeenth-century to the present day.

College of Charleston assistant professor Adam Domby is an esteemed historian of the Civil War, Reconstruction, and the American South. His book, The False Cause: Fraud, Fabrication, and White Supremacy in Confederate Memory (UVa Press, 2020), examines the role of lies and exaggeration in the creation of Lost Cause narratives of the war, as well as their connections to white supremacy.