“Touched with Fire: Morris B. Abram and the Battle against Racial and Religious Discrimination” – A Sunday ‘Bring-your-own’ Bagels Brunch with author David E. Lowe

“Touched with Fire: Morris B. Abram and the Battle against Racial and Religious Discrimination” – A Sunday ‘Bring-your-own’ Bagels Brunch with author David E. Lowe

Sponsored by the Pearlstine/Lipov Center for Southern Jewish Culture | Yaschik/Arnold Jewish Studies Program, College of Charleston with the William Breman Jewish Heritage Museum in Atlanta, and the Jewish Historical Society of South Carolina

A long overdue biography of a Southern white civil rights pioneer, American Jewish leader, Brandeis University president, U.S. ambassador, and human rights activist who ended up on the wrong side of the 1960s and whom history has unjustly forgotten.  This is an instructive tale of liberalism’s swerve and of roads not taken.

Please note, this is a Zoom event. Please register here.

David Lowe, whose work on the late civil rights lawyer Morris Abram won the National Jewish Book Award for best biography in 2019, will offer introductory remarks about the writing of the book and then answer questions from the hosts and the audience. 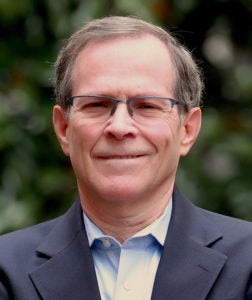 David E. Lowe retired in 2016 from his position as Vice President for Government Relations and Public Affairs at the bipartisan National Endowment for Democracy, which he joined in 1989. During the 1980s Lowe worked in the Civil Rights Division of the Anti-Defamation League (ADL), where he authored studies of domestic and international extremism and served as an expert source for the national news media and for law enforcement.

The holder of a PhD. in Political Science from Johns Hopkins University, Lowe has taught at Drew University, where he directed its programs in London and Washington, as well as George Washington University’s Graduate School of Political Management and the Washington Semester Program of Lewis and Clark College. He has consulted for the US Holocaust Memorial Museum and UN Watch, and is currently collaborating on a biography of the late journalist Melvin J. Lasky, the principal founder of the Congress for Cultural Freedom.

A native of Savannah, Lowe and his wife Paula, an executive coach, live in Washington, D.C.