Home > Pursuing Justice: Fighting Hate with the Law
Previous Next

We regret to announce that “Pursuing Justice” has been canceled, along with all other College events in the next few weeks, due to precautions related to the coronavirus. We hope to reschedule at a later date.

The “Unite the Right” rally and hateful attacks that struck Charlottesville, Virginia, in August 2017, served as a wakeup call for many Americans about dangers posed by the rise of white supremacists, neo-Nazis, and affiliated hate groups. Former Charlottesville Mayor Michael Signer and Amy Spitalnick, Director of Integrity First America, will discuss the aftermath of that attack and suggest strategies for combating violence based on racism, sexism, and antisemitism. 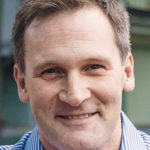 The Hon. Michael Signer is a public scholar, executive, and practicing attorney. Author of three books, most recently Cry Havoc: Charlottesville and American Democracy Under Siege (March 2020), Signer holds a PhD in political science from the University of California, Berkeley, a JD from the University of Virginia School of Law, and a BA in politics from Princeton University. 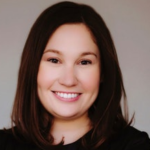 Amy Spitalnick is the Executive Director of Integrity First for America, a nonpartisan nonprofit organization dedicated to holding those accountable who threaten longstanding principles of our democracy, including our country’s commitment to civil rights and equal justice. IFA is the organization supporting Sines v. Kessler, the lawsuit filed by a coalition of Charlottesville community members against the neo-Nazis and white supremacists responsible for the violence.

Sponsored by the Pearlstine/Lipov Center for Southern Jewish Culture