Heather Nathans, Ph.D.
Chair of the Department of Theatre, Dance, and Performance Studies and the Alice and Nathan Gantcher Professor in Judaic Studies
Tufts University, March 2020

Professor Nathans will be in residence during March 2022.

My new project, “Playing in the Land of Milk and Honey: Performing Southern, Jewish, and African Diasporic Identities, 1776–1915,” grows out of my two most recent monographs, as well as a 2019 NEH Institute on Southern Jewish Culture at the College of Charleston. The NEH Summer Institute crystallized my thoughts on extending my earlier research in new directions.

Throughout the 19th century, Jewish American artists explored southern theatrical circuits ranging from well-established urban centers to tiny towns. Southern theatres offered important sites not only for witnessing performances by Jewish artists onstage, but for the intricate interactions taking place among Jewish and gentile audiences within the playhouse and beyond. And because these encounters occurred along the southern circuit, they encompassed frequent exchanges with African diasporic communities as well.

Despite the frequency and “inevitability” of these chance meetings, the challenge remains: How can historians gauge the extent to which such interactions shaped perceptions of southern, white, gentile, Jewish, and African identities? Where does evidence of these exchanges and their impact linger? In my research I often feel like the miner panning for gold and amassing my “treasure” tiny flake by tiny flake. Each remnant of an encounter allows me to build a narrative one delicate layer at a time. 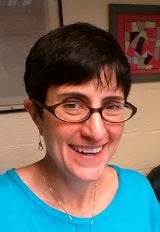 Jillian M. Hinderliter’s dissertation, “Jewish Activists of the U.S. Women’s Health Movement, 1968–1988,” reexamines Jewish women’s participation in women’s health reform and feminist health organizing. She argues that for many Jewish women, their Jewish identities were never far removed from their work as health reformers. This dissertation can help us understand Jewish women’s roles and representation within the women’s health movement, while nuancing the history of second wave feminism’s diverse cultural intersections and internal divides.

Working with the Jewish Heritage Collection, Jillian will explore a lesser known aspect of women’s health history – the role of southern Jews and Jewish organizations in advancing community health initiatives. Stories of southern Jewish women’s organizing for health reform and health education complicate our understanding of the sites of feminist health activism in the United States. 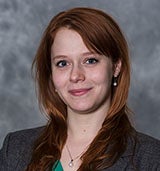 A historian of American religion, Daniel N. Gullotta is currently working on the various religious factions of the young Jacksonian Democratic Party and examining what role religion played in the rise of Andrew Jackson. Within this religious/ethnic white coalition were Jews, some of whom were Jackson’s most diehard supporters. Daniel is investigating these Jacksonian Jews to learn more about their support for Jackson, their role in shaping the Jacksonian Democratic Party, and how their religious beliefs and cultural identity informed their Democratic identity. Currently a Ph.D. candidate in Religious Studies at Stanford University, he received his Master of Religion from Yale University Divinity School and his Master of Theological Studies from the Australian Catholic University. 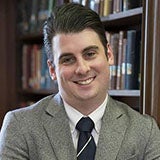 Melissa Klapper is the author of two important books in American Jewish women’s history, is now working on a study of American Jewish women who traveled abroad between the Civil War and World War II, which will take serious the idea that travel could both destabilize and reaffirm American Jewish women’s religious, cultural, ethnic, national, and gender identities in ways that bear further exploration. Her trip to Charleston will allow her to include travel writings of women from places beyond the “usual suspects” of northern urban centers. Lucas Wilson, recipient of a Charleston Research Fellowship in May 2017, and a Southern Jewish Historical Society Research Award, returned to Charleston in February 2019 to conduct oral histories of second-generation Holocaust survivors as part of his dissertation, “The Structures of Postmemory: Portraits of Survivor-Family Homes in Second-Generation Holocaust Literature.” The Haitian Revolution was the only successful slave revolt in world history, so one of the burning question in the 1790s was whether it would remain contained to the shores of Hispaniola or whether it would inspire copycat revolts in the rest of the Caribbean and the southern US. The most elaborate plan to export the slave revolt was hatched in 1799 by a young Sephardi merchant from Haiti named Isaac Sasportas, who raised 4,000 troops and a flotilla to invade Jamaica and free that colony’s slaves. If successful, the plan would have refashioned the history of the region, but Sasportas was eventually betrayed by the famous Haitian rebel Toussaint Louverture, allowing British authorities to arrest and then execute Sasportas. Girard’s goal is to write a full-length biography of Isaac Sasportas – who lived in Charleston between 1793 and 1795 – examining his involvement in the planned invasion of Jamaica as well as a related plot in Curacao, his family network in Europe, North America, and the Caribbean, as well as more generally Jewish involvement in the Age of Revolutions and the abolitionist movement.

A historian of gender in the Civil War-era South, Dr. Brill is working on a manuscript entitled Scarlett Plays Politics: Gender and Nationalism on the Confederate Home Front, which examines how southern women fashioned a language of dissent to the Confederate state within their diaries and letters to challenge the failing domestic policies of the Confederacy and contest its ideological claims to republicanism.

At Addlestone Library, she will conduct research for a book chapter on Charlestonian Eugenia Phillips, a Jewish woman who was prosecuted under General Benjamin Butler’s General Order 28. This research will provide the basis for a broader examination of the role of Judaism in the social construction of Confederate nationalism and wartime gender identity. She earned her Ph.D. in history from Cambridge University in 2013. Joshua Furman is an American Jewish historian who co-founded the Houston Jewish History archives at Rice University in the Fall of 2017. In Charleston he will spend time in the Jewish Heritage Collection at Addlestone Library with Dale Rosengarten, exploring archival methods and strategies appropriate to a local southern Jewish history archive located within a university library, including issues of archival acquisition and digitization.

On Furman’s visit to Charleston, see his blogpost for the College’s Southern Studies blog. Brian Neumann is working on a dissertation, entitled “Loyalty and Liberty: Nullification and the Struggle for Union in South Carolina, 1828-1835,” which examines the social, political, and ideological dynamics of Unionism during the crisis.

The crisis coincided with the Second Great Awakening, and it became a struggle over faith and freedom, testing South Carolinians’ belief in the Union’s providential purpose. In Charleston, Neumann will work on the spiritual dimensions of the Nullification Crisis, including the reactions of South Carolina’s Jewish community. A journalist and author of Shenandoah: A Story of Conservation and Betrayal, Sue will be working on a book of narrative non-fiction with the working title of Postcards From Dixie: A Yankee’s Journey.

It is a traveling-through-history personal journey of discovery and understanding that explores reasons for the Civil War, comparisons between the civil rights movement and civil rights issues today (e.g., voting rights), Southern culture and history that many Yankees don’t know, and, as the backbone of the whole book, the history of the “lost” Jewish communities of the South and the contributions and distinctiveness of Southern Jews.

In Charleston, Sue will visit important Jewish historical sites and learn about the community’s history from the Jewish Heritage Collection and from encounters with locals. Lucas Wilson, recipient of a Charleston Research Fellow in May 2017 and a Southern Jewish Historical Society Research Award, will return to Charleston to conduct oral histories of second-generation Holocaust survivors as part of his dissertation, “The Structures of Postmemory: Portraits of Survivor-Family Homes in Second-Generation Holocaust Literature.”

Avigail Oren’s dissertation examines how American Jewish Community Centers (JCCs) in the postwar decades debated whether they should solely enroll Jewish members or whether they should serve all of the ethnic and religious groups in their increasingly diverse neighborhoods. She argues that local JCCs’ priorities and programming were reshaped in the 1950s, ’60s, and ’70s as Center workers attempted to balance their professional authority with their sectarian commitment, and to reconcile their liberalism with Jewish particularism and preservation.

Using materials at the Jewish Heritage Collection, Avigail will develop an additional case study for her dissertation that demonstrates how southern Jews perceived changes like the racial integration of the JCC. Many JCCs were located in the South, and as such, her project will immensely benefit from close consideration of the Charleston JCC. Her work will consider this trend within the postwar historical context, a period marked by growing Jewish acceptance into the mainstream, increasing affluence, and suburbanization on the one hand, and the post-Holocaust moment on the other. Since Jewish camps and youth movements were truly national phenomena, acquiring a diverse geographical perspective is crucial, and as the southern camps and youth movements are particularly left out of the Center for Jewish History’s collections (unlike camps of the midwest, for example), a trip to Charleston was a great help in achieving this broader geographical point of view. In the early years of the American Reform movement neither Zionism nor Hebraism was favored, except by very few. Among these few were two brothers, Jacob and Max Raisin. Born in Russian Poland and growing up in New York, they were fluent not only in Yiddish and English, but also in Haskalah Hebrew.

Remarkably, even as teenagers, they were able to publish in Hebrew periodicals like Ha-Ivri, and Max even managed to write for Ahad Ha-Am’s Ha-Shiloah. Their reference group in New York was a small circle of Hebraically and Zionistically oriented young men. And yet both Jacob and Max decided to study for the Reform rabbinate at Hebrew Union College in Cincinnati, had high praise for its founder, Isaac Mayer Wise, and became successful Reform Rabbis, Jacob in Charleston and Max in Paterson, New Jersey.

Each published extensively in Yiddish, Hebrew, and English. Each was a defender of Reform Judaism within the milieu of the modern Hebrew reading public. The fact that the College of Charleston holds the papers of Jacob Raisin, including some correspondence between the two brothers, made a visit to the collection essential for this project.