Home > Taking it to the Streets: Map Making in the Digital Era
Previous Next

Join us on January 19, 2021 at 7:30 pm as historian Marni Davis (Georgia State University) and author Harlan Greene (College of Charleston) discuss their digital map making projects in Atlanta, Georgia and Charleston, South Carolina. These modern digital maps reveal the hidden histories of the cities they chart. 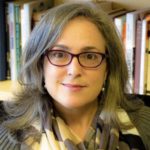 Marni Davis’s digital map detailing the history of Georgia Avenue in Atlanta is available at bit.ly/GeorgiaAveATL and the online exhibit, Mapping Jewish Charleston, which Harlan Greene helped envision and create, is available at mappingjewishcharleston.cofc.edu/.

Marni Davis is a historian of ethnicity and immigration in the United States. She is the author of Jews and Booze: Becoming American in the Age of Prohibition, which was a finalist for the Sami Rohr Prize in Jewish Literature.  She is currently researching and writing about Jewish and African-American neighborhoods in twentieth-century Atlanta, and the relative impacts of redlining, urban renewal, and suburbanization upon these communities. 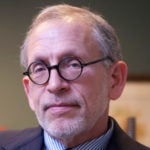 Harlan Greene is an American writer and historian. He has published both fiction and non-fiction works, and in 1991, he won the Lambda Literary Award for Gay Fiction for his novel, What the Dead Remember. He was nominated for the same award in 2005 for his novel, The German Officer’s Boy. In addition to his writing, Greene is a Scholar in Residence and a former Head of Special Collections at the College of Charleston, where he collected materials relating to Jewish history in the Charleston area. Greene is a Charleston native and a 1974 graduate of the College of Charleston.

Sponsored by the Pearlstine/Lipov Center for Southern Jewish Culture and the College of Charleston Yaschik/Arnold Jewish Studies Program.